Is Rollerblading Like Ice Skating on Wheels? Let’s Debate

Written by Jamie
in Uncategorized

There are several key differences between rollerblading and ice skating that set these two sports apart from one another. Historically, ice skating got its start much earlier than rollerblading with our ancestors using the ice based activity as a means of not only recreation but transportation too!

In addition, there are technical differences between rollerblading and ice skating. For example, ice skaters tend to use longer blades than rollerbladers to achieve more speed and control on the surface of the rink. Likewise, ice skaters often perform more intricate tricks than rollerbladers given their higher center of gravity and greater stability on blades that are attached directly to their shoes. Thus, while both rollerblading and ice skating share some similarities with regard to technique and equipment, they represent distinct sports with their own unique histories and features.

Similarities Between Rollerblading and Ice Skating

Today, there are several key similarities between rollerblading and ice skating that make them both fun, challenging, and rewarding activities. For starters, both require a good deal of balance and coordination. If you’re not careful doing either, you can easily end up taking a spill. Additionally, both activities provide a great workout – you’ll be sure to get your heart pumping and your muscles working as you glide across your chosen surface perfecting new techniques.

Differences Between Rollerblading and Ice Skating

The biggest difference between rollerblading and ice skating is the level of difficulty. Rollerblading is generally considered to be much easier than ice skating, especially for beginners. With ice skating, you have to contend with slippery surfaces and cold temperatures—neither of which are issues with rollerblading.

Another key difference is that rollerblading is typically done outdoors while ice skating usually takes place indoors. This means that weather can be a factor when rollerblading but not when ice skating. Of course, there are always exceptions to this rule – you can find indoor skate parks for rollerbladers and outdoor ice rinks for skaters.

When it comes to skating, there are many different types to choose from. For example, some people prefer the fast-paced excitement of rollerblading, while others enjoy the slower, more graceful movements of ice skating. But what equipment is required for these sports?

Generally speaking, rollerblading tends to be the less equipment-heavy sport. Most skaters will simply use their skates for standard activities like commuting or casual exercise. However, if you’re looking for high-performance skating, you may need to invest in some additional gear. For example, a heavy duty helmet can help protect your head from falls or collisions. Additionally, some rollerbladers choose to wear padded knee guards or wrist guards for additional support and stability.

In contrast, ice skaters will typically require much more equipment than their rollerblading counterparts. Aside from regular ice skates and protective gear like helmets and mouthguards, they may also need other specialized items like figure skates, skate blades and skate trainers. Ultimately, both rollerblading and ice skating are great activities with rich traditions of athleticism and competition – but each requires its own custom set of tools and equipment so it’s important to do your research before getting started.

Additionally, rollerblading is a great cardiovascular workout. In just 20 minutes, you can burn around 300 calories. And while ice skating offers a similar kind of aerobic exercise, rollerblading burns significantly more calories.

Finally, rollerblading is much easier on your joints than ice skating. Ice skating puts a lot of stress on your knees and ankles, while rollerblading distributes the impact more evenly across your body.

Here’s a quick summary of some of the information so far (as well as some fun skating facts!).

So, what is the verdict? Is rollerblading like ice skating on wheels? The answer is both yes and no. While there are some similarities between the two activities, there are also some distinct differences. Ultimately, it is up to the individual to decide which activity they enjoy more but we actively encourage everyone to get skating and try something new! We hope this blog post has helped you better understand the similarities and differences between rollerblading and ice skating and we hope to see you at the skate park or rink soon. Thanks for reading! 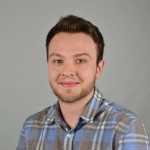 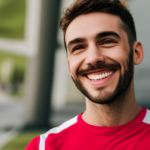 Hey everyone! I’m James Burton, and I love being a chef. It’s my full time job. But what some of you may not know is that I also have a side hustle as a roller skating trainer. In fact, I do it for fun now – it’s not my main source of income or anything. But I love it, and I blog about it in my spare time.

I’m from Irvine, California – the best city on Earth (in my opinion). When I’m not working in the kitchen, you can find me at the rink teaching people how to roller skate like pros. Roller skating has been a huge part of my life for over 10 years now, so when people ask me to teach them how to do it, I jump at the chance!

We love skating! We all remember being beginners and having no clue what skate and safety gear to buy. We bring years of experience from roller skating, skateboarding, and all kind of skating. Our mission is to help you to be a better skater and have fun along the way.

EasyPeasySkate.com is a participant in the Amazon Services LLC Associates Program, an affiliate advertising program designed to provide a means for sites to earn advertising fees by advertising and linking to Amazon.com.